Hi guys, I hope you are all well. To be entirely honest with you guys I had no idea what to post today, so I decided to share some of the books I’ve got recently. Let me know if you like book hauls and I can do more in the future. These are books that I’ve accumulated over the last few months. Let’s get started.

Servant of the Empire / Raymond E. Feist and Janny Wurts / Book 2 in the Empire trilogy

Goodreads synopsis: Set in the mysterious world of the Kelewan, Mara of Acoma, is forced to protect her honour and her people in the ruthless Game of the Council. No one can play it better than Mara but to survive she really has to be the best. 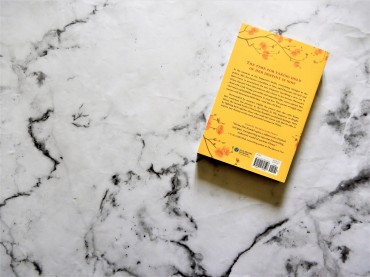 Goodreads synopsis (while trying to avoid too many spoilers) : The second book in this stunning duology, The Empress of Bright Moon follows Mei as she struggles for power within the Emperor’s palace, risking her life to dethrone the murderous Empress and establish herself as the new female ruler of China.

Goodreads synopsis (no spoiler part): Return to the world of the Liveships Traders and journey along the Rain Wild River in the third instalment of high adventure from the author of the internationally acclaimed Farseer trilogy. 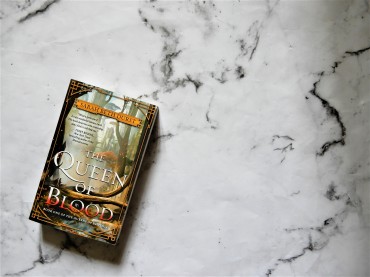 Goodreads synopsis: An idealistic young student and a banished warrior become allies in a battle to save their realm in this first book of a mesmerizing epic fantasy series, filled with political intrigue, violent magic, malevolent spirits, and thrilling adventure. Everything has a spirit: the willow tree with leaves that kiss the pond, the stream that feeds the river, the wind that exhales fresh snow . . .
But the spirits that reside within this land want to rid it of all humans. One woman stands between these malevolent spirits and the end of humankind: the queen. She alone has the magical power to prevent the spirits from destroying every man, woman, and child. But queens are still just human, and no matter how strong or good, the threat of danger always looms. With the position so precarious, young women are chosen to train as heirs. Daleina, a seemingly quiet academy student, is under no illusions as to her claim to the throne, but simply wants to right the wrongs that have befallen the land. Ven, a disgraced champion, has spent his exile secretly fighting against the growing number of spirit attacks. Joining forces, these daring partners embark on a treacherous quest to find the source of the spirits’ restlessness—a journey that will test their courage and trust, and force them to stand against both enemies and friends to save their land . . . before it’s bathed in blood. 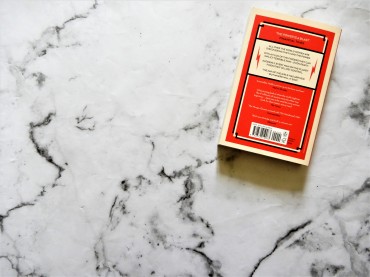 WINNER OF THE 2017 BAILEYS WOMEN’S PRIZE FOR FICTION

Goodreads synopsis: What if the power to hurt were in women’s hands? Suddenly – tomorrow or the day after – teenage girls find that with a flick of their fingers, they can inflict agonizing pain and even death. With this single twist, the four lives at the heart of Naomi Alderman’s extraordinary, visceral novel are utterly transformed 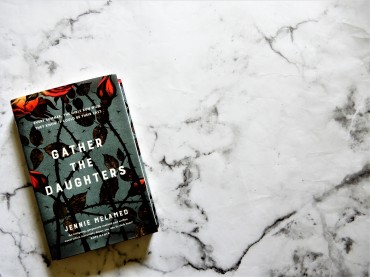 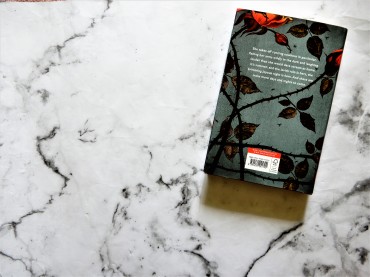 Goodreads synopsis: This book tells the story of an end-of-the-world cult founded years ago when ten men colonised an island. It’s a society in which men reign supreme, breeding is controlled, and knowledge of the outside world is kept to a minimum. Girls are wives-in-training: at the first sign of puberty, they must marry and have children. But until that point, every summer, island tradition dictates that the children live wildly: running free, making camps, sleeping on the beach. And it is at the end of one such summer that one of the youngest girls sees something so horrifying that life on the island can never be the same again.

I did also get two new e-books on my kindle – Child of the Prophecy by Juliet Marillier (book 3 of the Sevenwaters series) and Stranger of Tempest by Tom Lloyd (book 1 of the Gods Fragments series). I am sure it comes to no surprise that they are both fantasy books :).

So those are all of the books that I picked up over the last few months. I am very excited to read them all but I think I am going to try to read some books that have been on my shelves for a while before reading these new books. We’ll see if that actually happens though. What have you guys picked up recently? Have you read any of these books? I hope you are all having a wonderful day and I will see you next time.

Day 8: Who else is excited for the release of the Shadow of the Gods? The other day I got approved for a e-copy of it and I am so excited to read it. I’ve heard great things about it already so I’m sure I’m going to love it! What you guys currently reading? Hope you’re all having a wonderful day.
Day 22: Currently reading - Age of Empyre by Michael J Sullivan. It’s been a while since I last posted so I thought it was about time to post something. To be honest I’m debating whether to keep this a bookish account or just post a variety of things... Anyway I’m really enjoy Age of Empyre right now. It’s the last book in the series and I can’t wait to see where the plot goes next. What are you guys currently reading? I hope you’re all having a wonderful day!
Jan 6th: So His Dark Materials is one of my all time favourite trilogies so it’s kind of surprising I haven’t read any of the short stories set in the world. Fortunately I got this set for Christmas and I can’t wait to read them. In other news I started my new job this week and my first two days have gone pretty well. How’re you guys doing? I hope you’re all having a wonderful day. Happy reading.
Jan 3rd: Happy Sunday. Currently reading: The Mask Falling by Samantha Shannon. I am so lucky to have got an early copy of the fourth book of the Bone Season series as a Bone Season advocate. I’m only a few chapters in so far and I am loving it. My plans for today including reading more of the Mask Falling, playing some video games and planning some blog posts. What are you guys reading right now? I hope you are all having a wonderful day.
Jan 1st: Happy New Year. I think we’re all hoping for a better one than 2020. I’ve been setting up my new bullet journal and I’m excited to expand it during the year. I would love to be able to have a super artsy bullet journal but I just wouldn’t keep it up and I’m too nervous that I’d mess up 🤣. Anyway I’ve set my goodreads goal for this year to 75 books. I only read 50 last year so wish me luck. How’re you guys doing? I hope you are all having a wonderful day. Happy reading.
Nov 4: Once again wondering how people come up with captions... I guess I just don’t have anything interesting to say 🤣 I’m crossing my fingers for a good outcome over in the US, although I’m a little doubtful. We’ll just have to wait and see. I’ve been trying to distract myself from everything by reading and playing video games. I hope you guys are all having a wonderful day. Happy reading.